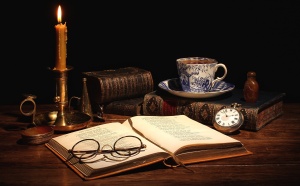 A parishioner wrote the following email to me…

“Interesting homily today on where we are as a parish.  To your point about daily scripture and relevance, thought I’d forward the below as food for thought.  I can’t quite recall the term you used to describe the oncologist’s role in reaching out to others, but her effectiveness might be attributable to the fact that such folks have a ‘toolbox.’

Notre Dame is a pretty powerful brand. They have something called ‘Faith ND.’  Each day, they forward the daily gospel around 5:00 am.  There’s also a commentary which may provide some relevance, a quick prayer and recognition of a saint.  This could be one of the tools in engaging different “targets” who find themselves on different places (or “thresholds”) on the faith scale. This may be useful for a couple of reasons:

Just thought it might be worth mentioning and good luck with your efforts….. GC”

Worth mentioning? I’d say so. The guy’s spot on.

When it comes to “encountering Christ through His Word,” one of the challenges we face as a parish is “how?” American Catholics were not brought up reading and studying the Bible. “Officially” Rome actually did encourage such practices in the papal encyclical letter Divino Afflante Spiritu  (or as described on line under, “Inspired by the Holy Spirit“) issued by Pope Pius XII in 1943. This was actually the 100th anniversary of an even earlier encyclical letter Providentissimus Deus (or as described on line under, “On the Study of Holy Scripture“) that was issued by Pope Leo XIII way back on 18 November 1893.  It is unfortunate that cultural, historical and political issues, coupled with the potential complexity of the Scriptures, prevented the contents and practical application of these fine documents to filter down to the people-in-the-pews.

It’s interesting to note that the issues that were concerning the Vatican and referred to in these two documents are exactly the same issues mentioned by the parishioners above. The Catholic church was still worried that perhaps too much scripture scholarship had been done by Protestant biblical scholars and that the Catholic man/woman-in-the-streets studying the Bible might do so relying on ideas read through the lens of “reformation theology.” At that time, that was a very legitimate concern. From 28 June 2008 to 29 June 2009, on the occasion of the bimillennium of the birth of St. Paul, Pope Benedict XVI announced a special Jubilee Year to the Apostle Paul. The priests of the Archdiocese of Philadelphia were invited to attend several fine workshops on St. Paul’s writing specifically and scripture study in general. I remember one rather astonishing moment in one of the workshops. Tremendously compelling insights into Paul and the Bible were being presenting. I recall that several of my Scripture professors, as well as the former Rector of St. Charles Seminary (himself a scripture scholar) were in the room – fascinated by what we were hearing. One priest asked the question, “How come we’ve never heard this stuff?” The presenter said, “Well, because this is all authentic Cathol 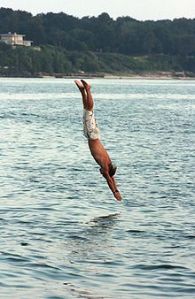 ic scripture scholarship. So much of what we learned was presented through the lens of Protestant theology combined with Sulpician spirituality” (I had to look that up. It wasn’t meant as a compliment).  The priest asked a follow-up question, “How long has this stuff been out?” The answer came, “Oh, this material specifically? About 10 years.”  Thus the Vatican call for authentic Catholic Scripture scholarship from 1893 (125 years) and 1943 (75 years) is really only now coming to fruition. So if you have not picked up, read or studied the Bible because you felt rather intimated swimming in the the biblical deep end, you’re not alone. Accessible materials were simply not there until recently. The good news is that many, new and excellent Catholic Scripture resources are now coming out. So that we can begin to “Encounter Christ Through the Scripture.” But what are some of those “accessible” materials? And what about materials for people who want to the challenge and wish to dive into deeper waters? See you next week.