State of Our Parish 2017 – A Spiritual Reflection 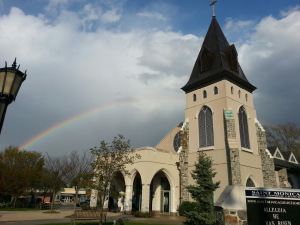 Over the next few weeks, I would like to provide an overview of the various aspects of St. Monica Parish.  This would include commentary on the spiritual side (prayer and sacraments), the pastoral (discipleship, service, charity, outreach to others) as well as the financial and temporal situation (grounds, and facilities).

On March 20, we closed out a survey called the “Disciple Maker Index.” This tool was developed by Catholic Leadership Institute and will provide information on the spiritual state of individual parishioners as well as how effective St. Monica is in carrying out the parish mission. Results are currently being calculated and evaluated with

results to be reported later. Therefore, I shall report on the pastoral and spiritual aspects of the parish at a later date once I have had a chance to see and review the survey results with Parish Leadership. For now, let me begin outlining items dealing with the temporal status of the parish and move to the financial situation in subsequent weeks.

We are looking at what work can be done to the building and grounds in “Phase II” of the Master Plan. Since the summer months afford an opportunity to get work done with less disruption, we are planning now what jobs can be tackled in the months ahead. The projects will be financed from two funding sources. This week we examine the project that will be Funded from the Master Plan Financial Campaign.  This includes: Work on Church Building will include re-shingling the roof, removing existing caulk, cleaning joints, recaulk church exterior, paint/restucco exterior church walls. The shingles are 25+ years old and we have noticed small leaks in the boiler room roof. Caulking around the building, sidewalks and windows are also at end of use and are beginning to crack. Estimated costs: Roofing, $94,000; Stucco, $94,000; Caulking, $75,000.

Refinishing of round “Rose” window in front of church to be done once temperatures stay warm, mid spring.  Estimated costs: $3,500.

We need to replace damaged blocks, caulking and cracked concrete sidewalks around the campus. “Spalling” along entire church sidewalk nearest parking lot, as well as several blocks are being pushed up from failing caulking and cork.  All of this represents a tripping hazard. Estimated costs: $62,500. 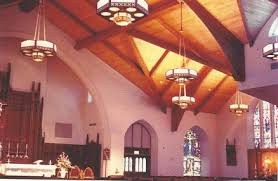 ed is brand new technology. Thus, when you combine these two factors, some compromises were necessary in terms of the availability of lighting features. Certain new lights were replaced due to buzzing sounds. A new dimmer system and new touch screens to program various lighting “scenes” will soon be added. Additional LED lighting, wiring and LED spot lighting for Mary and St. Joseph altars as well as for lighting the crucifix will be installed. Additional cost to St. Monica: $8,855.

In the section above, I began to provide an overview of the various aspects of St. Monica – a kind of “State of the Parish.” In subsequent weeks, I shall provide commentary on the prayer life of parishioners, sacraments, service and outreach to those in need, the financial health of the parish and the state of the buildings, grounds and facilities.

I began to describe what “Master Plan” projects are slated to be financed by our “financial campaign” and scheduled to be completed by the end of the year. In this section, we will stay in the temporal realm of the parish and look at what repair and maintenance projects – financed out of parish operational funds – are being planned.

Haller Air Conditioning and Heating recently completed a thorough “preventive maintenance” (or “PM”) evaluation for all campus air conditioning units and systems. This was the most thorough PM that had been performed at St. Monica in many years. Haller recommended cleaning all air conditioning coils since so many in substandard condition. Several “capacitors” and a number of “contactors” were replaced as well.  These parts ease the startup and maintain efficient running of the compressor units. Most of this work pertained to the mini units located on the roof of the new school building and serve the air conditioning of the classrooms. Approximate costs: $2,300 for 10 capacitors and 2 contactors.

One of the oil boilers in the new school (located in room off of the cafeteria) has had a persistent problem where it stops running and has to be reset.  The actual cause has never been fully diagnosed until recently. This unit suffered a “puff back” a few years ago, and several parts had to be replaced.  Unfortunately, the intermittent running problems continued.  Haller definitively determined that the supply line to the boiler had a leak, somewhere between the outside wall and the underground oil tank causing an inconsistent flame which shuts down the boiler and produces a warning on the display which has to be reset in order to start the boiler.  Since each of the two boilers has its own supply line, the proposed solution involves utilizing the “good” supply line along with a booster pump and “holding tank” to allow for necessary oil volume and pressure to run both boilers.  Costs they propose would be much less expensive than digging up the parking lot and running new lines to the boilers.  Estimated costs: $5,100.

Strong storm winds during the winter significantly damaged the insulation surrounding the outside ductwork that supplies the gym, greatly impacting the efficiency of the system and increasing the risk for water damage from rainwater leaking into the ductwork. We are in the early stages of gathering proposals.  Approximated costs: $3,800 – $4,500.

The Old School oil boiler has developed a considerable leak.  The heat exchanger core has several small holes in it, which cannot be fixed.  This would replace the heat exchanger core and reuse the burner unit.  Haller said that the current unit should last through the current “heating season” and into the summer months when it will not be needed or needed very little. A new unit will definitely be needed for next winter however. Additionally, much of the piping along the zone pumps would be replaced.  The proposal to repair the boiler is $25,000.  Replacement will be in the neighborhood of $65,00o.

The Old School was built in 1816 and is thus over 100 years old. Further examination of all infrastructure systems in the Old School is only prudent and is currently underway. I shall report on any findings in the near future.

Projects Funded From Both Parish Reserves and Operations: 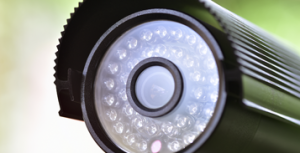 New Security Cameras and Door Access System is tentatively scheduled for March 29 to April 15.  Estimated costs: $60,700. The rationale for this comes from two sources. (1) Child and Youth Protection: Most likely the “new school” will be housing students as well has hosting activities involving young people in the future. (2) Attempted and Successful “Break-In” Incidents. Several months ago, there were over 7 break-in attempts in the church (sacristy), new school main offices, new school administrative offices, new school classrooms and old school youth room. Most of these break-in attempts were thwarted due to the high quality of our door handles and locks although some 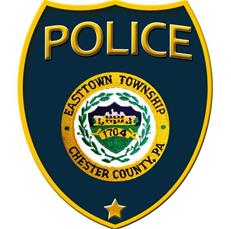 Apple electronics were stolen from the Youth Room. Over the past two years there have been between six and nine incidents of both exterior and interior doors mysteriously being left open or propped open. Finally, there have been a number of burglaries and automobile break-ins in the neighborhood over the past year. In conversations with Eastown Police, these incidents are unfortunately not a-typical. They have recommended that a new security surveillance should be installed on our campus and that new “building access” policies and procedures be implemented.

In addition to providing details about the various aspects of the parish, I would also like to provide a “score” on how I feel the parish is doing in these various areas. 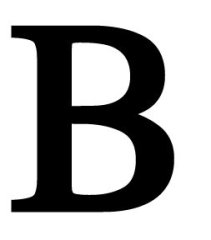 Projects Financed by Our Master Plan “Financial Campaign” [Score: B] Considering the scope of the various tasks accomplished and the aggressive timeframe in implementing Phase I of the “Master Plan” (7 weeks), we did a lot of things right. Nevertheless, it was the most significant project attempted in St. Monica Parish since we renovated the new school 12 years ago. In some areas, we learned as we went along and ran into challenges in terms of scheduling, unforeseen costs and technical issues. We have performed “after action” studies and are already implementing changes in what we are doing and how we do it during the implementation of Phase II. Another item that held us back was the financial issue of “givers-and-takers.” Too many people are enjoying the benefits of too few benefactors. Almost 75% of parishioners who were asked to contribute gave nothing to the campaign, even after I appealed a second time pointing to tangible results that could be seen and are being enjoyed by all. 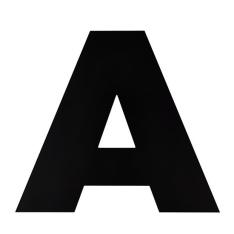 Repair and Maintenance Projects Financed Out of Parish Operational Funds [Score: A] This has been an exceptional cooperative effort between the Finance Council, Facilities Committee, Parish Staff and Frank Pantano (Director of Operations). The projects above are recent initiatives. The scope of the projects during the Master Plan – Phase I were on display several weeks ago in the church lobby and were quite impressive. We have performed our due diligence when examining potential vendors, we have considered our cash position, we have planned ahead and scheduled the projects to provide quality work with a minimum of disruption to the parish. The parishioners and staff involved are to be commended.

From: Personal Ministry Updates
← How Does Your Light Flow In Each Day’s Darkness? – The Homily for the 4th Sunday of Lent
The 5th Sunday in Ordinary Time – The Homily →
No comments yet