The 5th Sunday in Lent – The Homily 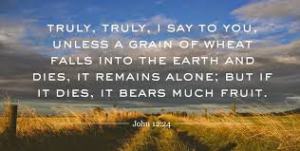 Philip was unsure what to do here. So he does the natural thing, he seeks advice from someone else. Andrew, Peter’s brother, was a logical choice:

Jesus answered them, “The hour has come for the Son of Man to be glorified. Amen, amen, I say to you, unless a grain of wheat falls to the ground and dies, it remains just a grain of wheat; but if it dies, it produces much fruit. Whoever loves his life loses it, and whoever hates his life in this world will preserve it for eternal life. Whoever serves me must follow me, and where I am, there also will my servant be. The Father will honor whoever serves me.”

If someone FAR from the faith would approach us and say, “I have heard about this guy Jesus. I’m curious how I could possibly meet Jesus.” What would you do? The Scriptures seem to give us a 5-part answer: 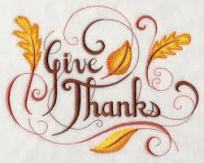 1. Jesus answered them, “The hour has come for the Son of Man to be glorified.

First, give praise. In this passage, Jesus is offering thanks to His Heavenly Father.

Tell them that any new encounter with Christ is going to take a little time. God’s solutions, and God’s revelation about Himself, always include a paradox. Put aside your impressions, thoughts and preconceived notions about God and the way God works.

3. Whoever loves his life loses it, and whoever hates his life in this world will preserve it for eternal life.

Put aside your impressions, thoughts and preconceived notions about YOURSELF as well and what God will reveal about you.

4. Whoever serves me must follow me, and where I am, there also will my servant be.

At some point you will be asked to make a decision about Jesus. In Peter Kreeft’s book, Jesus Shock Kreeft quotes C.S. Lewis about Jesus – Lunatic, Liar, or Lord? At some point you have to admit that Jesus was either an incredible charlatan, absolutely crazy or Jesus was precisely whom, He said He was.

5. The Father will honor whoever serves me.

The truth will set you free but first it might hurt like mad. Nevertheless, your life will be different, richer and more meaningful.

hases (or “thresholds” in her words) when either coming to or coming back to a relationship with Christ. If God chooses to use us as an instrument of evangelization, we must be ready to say something meaningful, as we read in 1 Peter 3:15. That usually does NOT mean giving a lesson in catechesis. Sherry says that the first “threshold” is trust. The person needs to trust us as a person before they will listen to our message.

From: St. Monica, Talks & Homiletic Reflections
← 4th Sunday of Lent – Homily
Spiritual Reflection on Prayer (Third of a Series) →
No comments yet