Every man – every woman – is worth it. Christ leaves no one behind!  Here is a Reflection on John 6:37-40:that we heard recently during All Souls Day.

There was a 2001 movie entitled, “Behind Enemy Lines” which starred Gene Hackman and Owen Wilson. The story is loosely based on the 1995 Mrkonjić Grad incident that occurred during the Bosnian War involving Lieutenant Chris Burnett, an American naval flight officer who is shot down over Bosnia and uncovers evidence of genocide during the conflict. Meanwhile, his commanding officer is struggling to gain approval to launch a search and rescue mission to save Burnett. In the end, tremendous resources of material, helicopters, fuel, ammo, other men … were spent for ONE MAN! This is a key part of the movie and a significant sub-plot. It strikes you, how many resources Burnett’s CO is willing to “waste,” how much risk he’s willing to take, to get this guy. 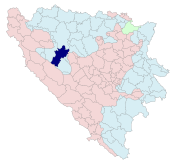 Why? Because the military believes in “No man gets left behind.”

Imagine the impact on morale and the thoughts of the other men. “If I go down, they won’t leave me to die. They’ll come and get me.”

This comes home to us in trying to deal with, accept, forgive, live with people whom we find difficult or challenging or worse. In considering such people, C.S. Lewis said, “Maybe they’re people who just sin differently than me.” For Jesus, everyone counts, even those who we find “sloppy.” Jesus casts a wide net, spends a lot of resources, to go out and find the ONE GUY (one gal, one child, one sinner, one sheep) to place on his shoulders, carry back home and celebrate the return.

In her memoirs, Saint Thérèse of Lisieux mentions one item that helps people grow the most in their spirituality and faith. It’s NOT good deeds, it’s NOT great sacrifices, it’s NOT a strong prayer life. It’s “trust in the Lord.”  The belief, not in what WE do, but what HE does. It is our belief that Christ will not “leave us behind.”  Our only task on the to-do list is to believe that He Loves us that much and will “waste” tremendous resources on us for our benefit.

What is one way that we live this out concretely, especially as the Season of Advent approaches ? By going to Confession. This is concrete proof that Christ never shuts the door on us.

From: Personal Ministry Updates, Reflections on Spirituality, St. Monica
← PRAYER – Path to Holiness (Walking With Purpose)
Beginning with Spirit – A Spiritual Reflection →
No comments yet