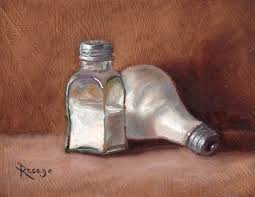 After the Resurrection, the Angel Gabriel walked over to Jesus. He asked, “What are you looking at?” 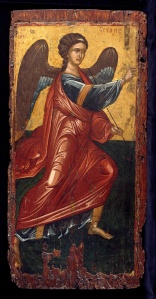 Gabriel saw a dark sphere. He exclaimed, “It’s pretty dark down there.”

Gabriel then asked, “What are those little spots down there?”

That’s my mother, Peter and my friends the Apostles, a few other followers” Jesus answered. They’re going to take their flames to others and light up the entire world.

Gabriel looked at the few, tiny flames in the midst of the overwhelming darkness. He posed the question, “What if it doesn’t work out? What your ‘Plan B?’”

Jesus replied, “Gabriel, there is no ‘Plan B.’”

Today’s Gospel speaks about light and salt. There are three aspect of salt and light that we can consider. They are:

Light and salt share a funny characteristic. Each of them is discernable by sense perception — we see light, we taste salt, — but neither of them is meant to be the direct or main object of our perception. 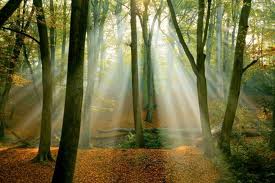 So if a Christian is the light of the world, he is enabling the world to see something else other than himself. And if we are to be salt of the earth, we make something else appealing to the tastes of earthly people.

This “something else” is the Lord.

A Christian is to let his light shine in such a way that the world’s people see, recognize, identify and can glorify God. When a Christian is the salt of the earth, she makes something else appealing to the tastes of earthly people so that the earthly will taste and savor the goodness of God  (See “Glancing Thoughts” from Eleonore Stump).  This idea was elucidated by the Fathers of the Second Vatican Council in the Constitution on the Church in the Modern World (1965, Paragraph 40):

The Church … serves as the senses of the soul for human society. The Church not only communicates divine life to men/women, but in some way casts the reflected light of that life over the entire earth and this leads to a transformation of individual persons and society as well.

Like Isaiah makes clear in the First reading, Jesus also makes clear that he is calling his followers to have an impact on their world. But this presents two temptations:

How are Christians to do this office for our fellow men/women if the sharing of our faith only seems to exasperate others and we seem to recoil in the face of every form of persecution or criticism? The answer has three parts:

The first part of the answer is that criticism, rejection and misunderstanding mean that you are doing something RIGHT.  The criticism, rejection and misunderstanding are precisely the first and partial effect of your Christianity upon the world. When commenting on the New York Post, former Archbishop of New York, Cardinal O’Connor once commented that if the New York Post was criticizing him, that meant that “he was doing his job.”

The second part of the answer is that although the great proportion will dislike and reject the truth, a small but noble band will receive and hold it fast (See commentaries on Matthew 5 by Robert Jamieson, A. R. Fausset and David Brown published in 1871)

It is called “Making the connection.”

A sales rep I know says that often he will be in situation where he doesn’t have what customer needs but will say, “Ya know, I know a guy and he has what you need. Let met connect you with him.”  We need to share that, “Our faith is a guy. Not a book, not a building, not a doctrine, not a set of rules. It’s a person and you’ve gotta meet him.”

And the third part of the answer is that in order to be salt and light, YOU AND I’VE GOTTA meet him:

Only in this way can we be light and salt in the world. Philadelphia Archbishop Charles Chaput commented on this when he said that,

“The Church cannot be silent in public life and be faithful to Jesus Christ at the same time. She needs to be a mustard seed in the public square, transforming every fiber of a nation’s political, economic and

social life. And the idea that we can somehow accomplish that work without engaging — in a hands-on way — the laws, the structures, the public policies, the habits of mind and the root causes that sustain injustice in our countries, is a delusion.”

The Lord is incredibly pleased and proud when we simply get up every day and do what we’re called to do. Being good is hard. Being faithful to family and job is hard. Being faithful to the Lord and the Church is hard. But we’re not alone. We have a God who loves us and supports our efforts with this grace and providence. He has given us a calling. We’re here for a reason: to change the world. That work belongs to each of us. Nobody will do it for us. There is no “Plan B.”
.